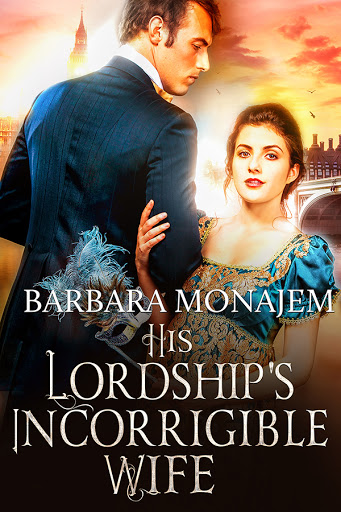 Lady Rosamund and the Horned God 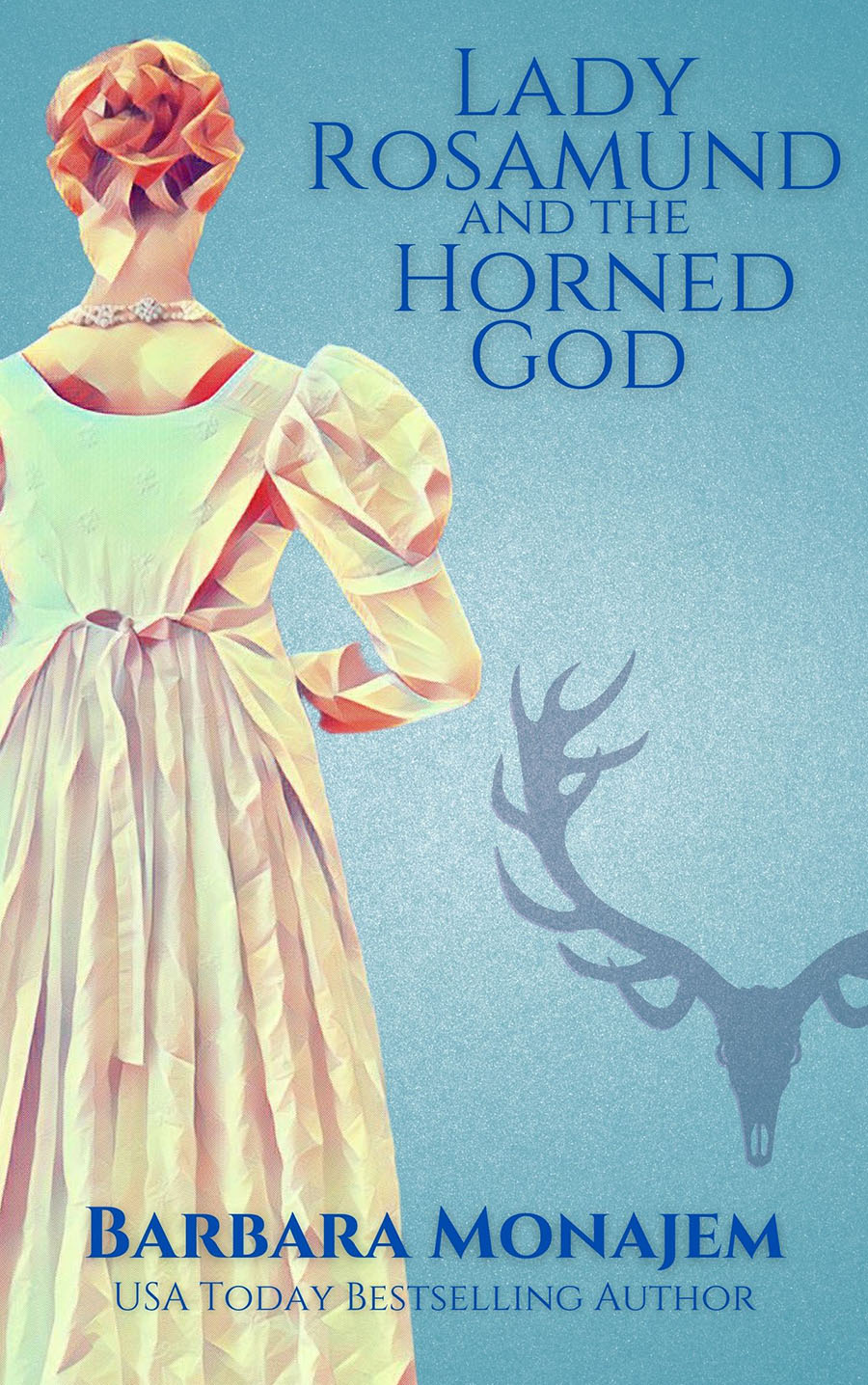 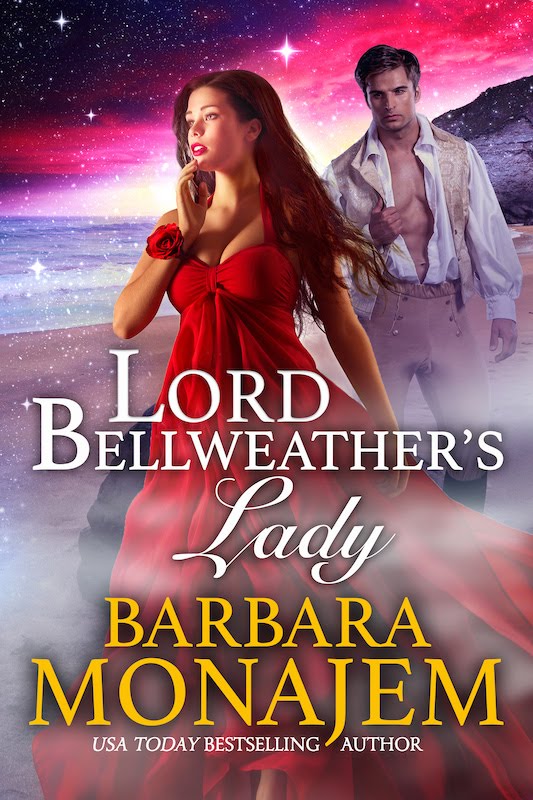 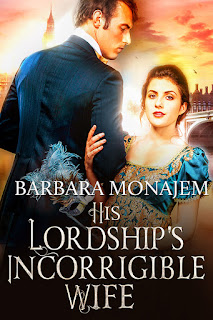 She must never reveal her perilous secret. He cannot trust her unless she does.

While hiding evidence of her father’s treason, Delphie Ballard is accosted by a persistent suitor who won’t take no for an answer. She fends him off, but her reputation is now in ruins, and she flees to the countryside in disgrace.

Charles, Lord Kingsdown, supported the French Revolution but barely escaped the guillotine. In England now, he must marry quickly or lose his grandmother’s estate. When he meets Delphie at a Christmas celebration, it’s love at first sight.

Then Charles learns about Delphie’s reputation. He feels duped and betrayed, but she can’t tell him the truth without revealing her father’s treason. Meanwhile, there are several attempts on Charles’ life. Can Delphie and Charles learn to trust one another and unmask the real traitor before it’s too late?

Here are some Amazon Buy Links:

And here's a wee excerpt:

It is Delphie’s wedding day, and she has received an anonymous letter threatening her with disgrace and worse if she marries Lord Kingsdown. Delphie’s mother is sure it’s from one of Kingsdown’s jealous mistresses, so they must ignore it. But what if the letter writer plans to reveal the horrid gossip about Delphie’s reputation?

“What if she means to tell him the gossip about me?” Delphie asked.

“It doesn’t matter,” Mother said. “He will find out soon enough, but he cannot in honor withdraw from the marriage now.”

Delphie cringed at this cold-blooded attitude. It did matter, whatever Mother said. If only she could go to him and confess. No, not confess. She had done nothing wrong. But if she could at least explain herself, she wouldn’t feel so . . . underhanded. So deceitful.

But she wasn’t. She wasn’t a deceitful person at all.

“Not that one can count on any man to be honorable, but in only a few hours you will be married, and he will be securely caught.” Mother smoothed the rose and cream wedding gown lying across the bed. “As for Kingsdown’s mistresses, you must accept them as a fact of life, but act as if they do not exist.”

In other words, as well as appearing immoral and deceitful, you must pretend you are an ignorant fool.

Mother rounded on her, hissing. “Right and fair are irrelevant. It is necessary!”

“Husbands and wives should be faithful to one another.” Delphie clenched her fists, digging her nails into her palms. “They should be honest and truthful and—”

“Forget these romantic notions, Delphinium. Soon enough, your husband will stray, and so, inevitably, will you.” She jabbed a finger at Delphie. “But you will stray discreetly, as befits your station in life, after you have given your husband an heir.”

Mother didn’t seem to notice. She raised her voice. “Nan, come immediately! You must dress Miss Delphie’s hair, or we shall be late.”

She lowered her voice again and took Delphie by the shoulders. “Because you did not have the sense to hold your tongue, you made yourself a byword and ruined your chances for marriage. You will grasp this heaven-sent opportunity for my sake and your sister’s, if not for your own.”

In other words, humiliation is a woman’s lot, and you have no choice but to accept it.

“Look at me,” Mother demanded.

Delphie gritted her teeth and obeyed.

“Rid yourself of that mulish expression,” Mother said. “Listen to what I say. You were brought up a lady. Regardless of what Kingsdown may say or do, you will hold your head high and treat him with becoming respect. Do you understand?”

“You will confine your speech to what is appropriate, and remain calm and aloof when faced with the disagreeable aspects of married life.”

“And you will renounce all wayward thoughts and opinions forever.”

Everything inside Delphie railed against such a fate.

“Answer me, Delphinium,” Mother said, but fortunately Nan came into the room.

No, Delphie thought, as Mother pushed her into the chair before the dressing table. Never, she decided as Nan got to work on her hair. I will not cease to be me. 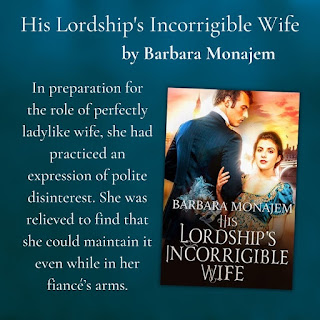 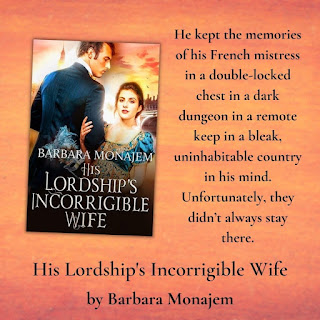 Posted by Barbara Monajem at 6:00 AM