#Giveaway of 2 novellas at Collette Cameron's blog, and... SOCKS!

Now for the socks. Ta-da! 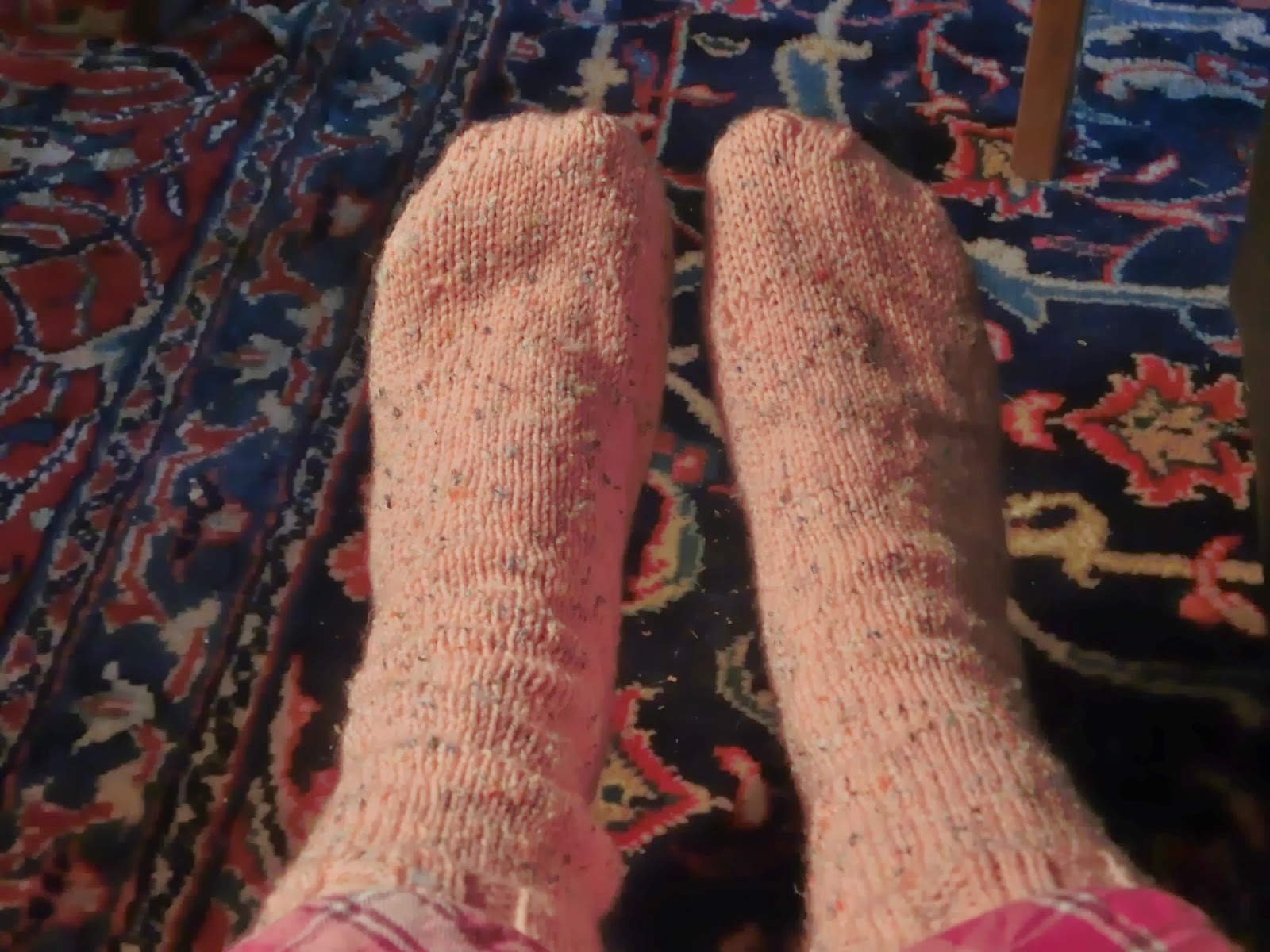 OK, so they're not perfect, but they're my first completed pair of socks. (Please ignore the dirt on the carpet. I vacuumed IMMEDIATELY after taking this picture. No, seriously, I did. I'm a terrible housekeeper, but what with all the snow and melting snow and resultant debris carried in on people's shoes, it really, really needed doing.)

I have a thing about socks. I buy more socks than any other item of clothing. But I've always wanted to knit some, like the ones my grandmother made for us when we were kids, heels (shudder) and all. My first try, years ago, was argyle socks. Really dumb of me! I got so tangled up with various threads that I didn't even make it to the heel. Next try (with one color of wool), I got as far as the heel (argh) and gave up. Then, entirely by chance, I found The Big Book of Socks by Kathleen Taylor.

Yes! Start with easy and work up was the route for me. I made this pair of tube socks. I only dropped a few stitches along the way (and picked them up, too). Onward and upward. :)

I misnamed this blog. I should have called it Ingredient Lists and Romance. There's no alliteration, but it's more honest. I've tried to make myself measure ingredients (but not very hard). I mean, why waste all that time if the recipe turns out to be a dud? 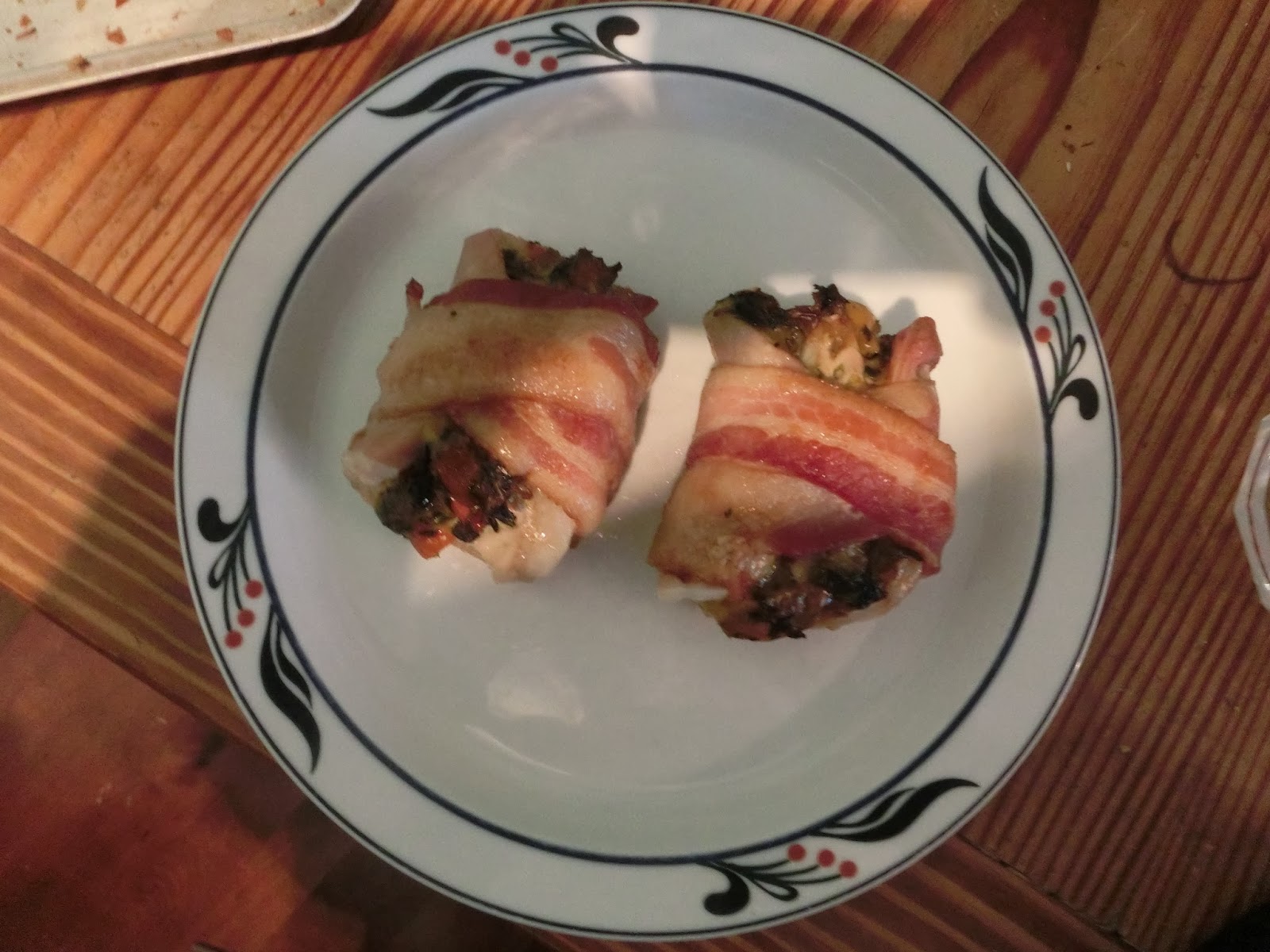 This one turned out great, though, so here goes:

Saute the onion and celery in the butter. Add the other chopped veggies and saute. The spinach should be added last, as it wilts very quickly. Add the grated cheese and stir until it melts. Season to taste and remove from the heat.

To assemble: Spread the slices of bacon on a baking pan. Put a pork chop on top of each slice, right in the middle. Divide the cooked veggies among the pork chops. Fold the pork chops up and wrap the bacon over them to hold them closed.

Bake at 350 degrees F. until done. I forgot to record how long it took (Can you tell I will never write a cookbook??) but I think it was 25 to 30 minutes. They tasted absolutely fabulous. :~))


Posted by Barbara Monajem at 1:30 PM No comments: