RELEASE DAY! TO KISS A RAKE is here. #giveaway #rafflecopter

Woot! To Kiss a Rake is finally out. It's Book One of a series called Scandalous Kisses. :)

To celebrate, I'm blogging over at Embracing Romance about the hero, who may not be the perfect alpha. Help me decide what a hero should be (and maybe I'll be able to rescue the next hero in the series from imperfection--or maybe not). There's an e-book giveaway for one lucky commenter. 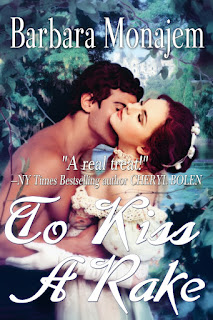 WHEN A LADY IS ABDUCTED BY MISTAKE…

Melinda Starling doesn’t let ladylike behavior get in the way of true love. She’s secretly helping with an elopement, when she’s tossed into the waiting coach and driven away by a notorious rake.

Miles Warren, Lord Garrison, comes from a family of libertines, and he’s the worst of them all—or so society believes. When Miles helps a friend to run away with an heiress, it’s an entertaining way to revenge himself on one of the gossips who slandered him.

Except that he drives off with the wrong woman…and as if that wasn’t scandalous enough, he can’t resist stealing a kiss.


Not only that, I'm having a rafflecopter this week as well, with $10 and $25 gift certificates as prizes. Here it is:


Good luck! And I hope to see you over at Embracing Romance. :)

Barbara
Posted by Barbara Monajem at 6:30 AM No comments:

Just a quick note -- Next Wednesday, July 29th, is release day for To Kiss a Rake, and Thursday, July 30th, is the Facebook party from 6:30 to 10 PM. Please do come and join us! There will be lots of prizes and fun. 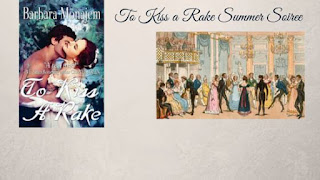 We have a wonderful lineup of authors. Here is the schedule:

Hope to see you there!

Barbara
Posted by Barbara Monajem at 10:14 AM No comments:

Perfection (not) and comfort, aka Mr. Darcy. Also socks.

I'm over at Mari Christie's blog today because recently I watched Pride and Prejudice (the one with Colin Firth as Mr. Darcy) and needless to say I loved it. And it was so comforting! I explain why over here at Mari's blog: http://wp.me/pyR9A-h1

Also, I've been meaning for ages to blog about the sock shop we went to while on holiday in Gatlinburg, Tennessee. (Great fun, lots of walking, a fabulous view from the top of one of the mountains.) 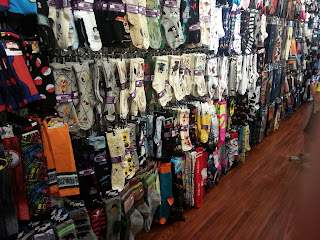 Anyway, there's a shop there called The Sock Shop, and it's heaven for a sock freak like me. I mean, just look at that selection! I wanted to buy at least two dozen pairs. (I settled for five -- two were gifts, two are for giveaways, and one is just for me. Unless I give it away.)

Here are my faves that I didn't buy (because they were longer than I usually wear). 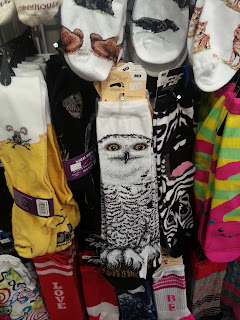 This is because I love owls. 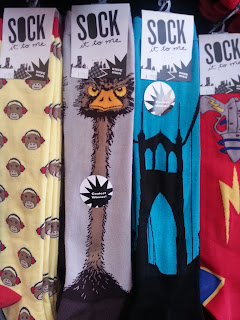 This is because I loathe ostriches. (Long story from a safari trip in Swaziland eons ago.) In spite of my violent dislike of those obnoxious birds, I adore these socks.

And here are the hedgehog socks for giveaways. 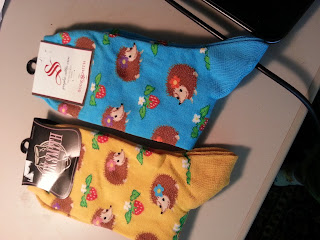 See you over at Mari Christie's blog! Does Mr. Darcy comfort you, too??


Posted by Barbara Monajem at 11:54 AM No comments: