What I've been reading -- September


September was a good month for reading. I read two books I loved, one by an author new to me, and tried out a well-known author, too, which was fun. I am not usually into reading bestsellers, but a friend gave me a spare copy, so why not? 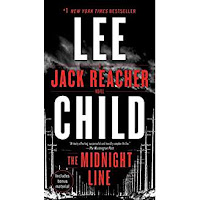 The best-selling author in question is Lee Child, and the book is The Midnight Line. I can see why he is so popular. His character, Jack Reacher, is a drifting, super-macho ex-military dude with a dry sense of humor and (in this book, at least) a “just because” motivation that I loved. Sure, he has angst, but we don’t get bombarded with it. We don't need to, because it's obvious in the way he lives. The story is compelling, and the writing is engaging and easy to read… Will I read any more by Mr. Child? Probably not, because I’m not usually drawn to macho ex-military stuff, but I’m glad I read The Midnight Line.

On to other books. Murder in Spite is the eighth book in the Doyle and Acton series by Anne Cleeland. It’s another solid addition to the series. Doyle and Acton are wonderful characters. Each new story is like a visit to delightful old friends. (The books have to be read in order; the first, Murder in Thrall, is the best.) Ms. Cleeland writes great historical mystery/thrillers, too. I like her writing style. She’s not afraid to use semi-colons! I’m a big fan of both semi-colons and dashes (in fact, I tend to overdo the dashes) and don’t believe they are distracting to readers. Or maybe I just don’t want to believe it. I like parentheses, too. Hurrah for varied punctuation. ;) 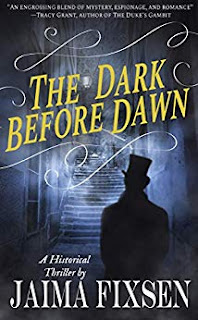 Lastly, a friend recommended The Dark Before Dawn by Jaima Fixsen. OMG, I loved it! It’s historical suspense, taking place during the Congress of Vienna in 1814. Great pacing, well-researched setting, espionage, betrayal, murder, you name it. The central character is brilliant, but I can’t say anymore without giving too much away. Highly recommended!!

That’s it for now! Stay tuned for a Christmas anthology coming out next week.

Barbara
Posted by Barbara Monajem at 9:56 AM No comments:

Just a quick note -- The Right to Remain Single, a ghostly little holiday novella related to the Scandalous Kisses series, is free on Amazon today through Friday. Go on over and grab a copy! 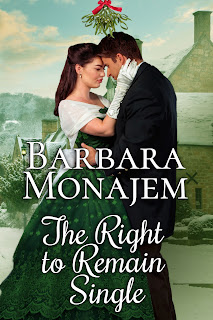 Amazon US
Amazon Canada
Amazon UK
Amazon Australia
Posted by Barbara Monajem at 11:59 AM No comments:

I was on vacation much of August, and expected to get a whole bunch of reading done... Nope.

But here's what I read. They're all mysteries, my go-to genre for satisfying reading. 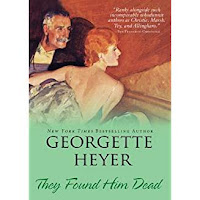 They Found Him Dead by Georgette Heyer. This was a re-read, but it was so long since I read it the first time that I had forgotten whodunit. It's one of my favorites of her mysteries -- a good puzzle and a lovely romance as well. (I much prefer mysteries with some romance in them.)

Scandal Takes a Holiday by Lindsey Davis. Whenever I'm stumped for something to read, I go for the next in the Marcus Didius Falco mysteries. The characters are like old friends, and I can count an interesting visit in Ancient Rome or the far-flung Roman Empire each time. Hopefully I'll catch up soon --  the series has ended and Ms. Davis is several books into a new one about Falco's daughter. 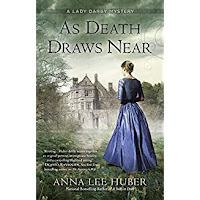 As Death Draws Near by Anna Lee Huber. Apart from the depressing title (which I may find depressing because I'm no longer young and immortal), I enjoyed this book -- a solid mystery with lots of historical info about Ireland. I like to deepen my knowledge and understanding of Ireland and its troubles -- so much so that I even did some research to touch on it when I wrote The Rake's Irish Lady. 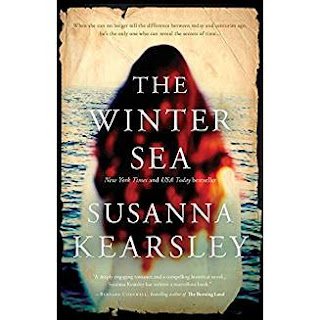 Lastly, my favorite read this month -- The Winter Sea by Susanna Kearsley. I had read a couple of her books before -- good reads -- but this is by far my favorite. I don't usually go for long, slow reads, but her writing is lovely and the way she weaves two stories, past and present, is super. Also, I always like to learn more about Scotland's history. This story was particularly poignant and seemed headed for a sad ending -- but I guessed how she was going to bring about a happier conclusion, and I was relieved to find that I was right. I heaved a deep sigh of satisfaction, colored only by a tiny sadness, at the end. GREAT BOOK!!

That's it for now,
Barbara

Posted by Barbara Monajem at 12:21 PM No comments: