Out of print...so to speak.

Just so you know, three of the anthologies/boxed sets in which I had novellas until recently are no longer available:

Lord Quickthorn's Bargain is already out there on its own, so if you haven't read it already, no problem. 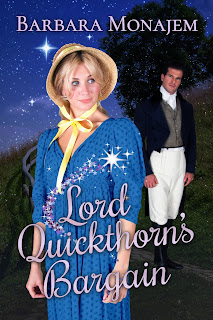 But the other two aren't and won't be for a while. I'm working to get them out there, but what with writing three other stories at the moment, as well as the day job, I'm just not getting it done. And if that sounds like whining to you, yup, that's probably what it is. Sorry!

Barbara xo
Posted by Barbara Monajem at 8:12 PM No comments: