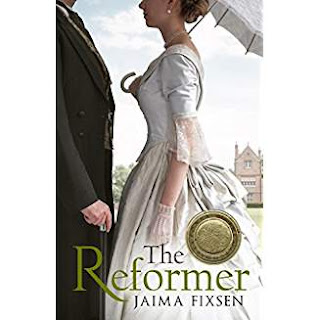 The Reformer by Jaima Fixsen

Jaima Fixsen is now one of my go-to authors because she writes a great story with wonderful characters AND makes almost no typos or grammatical errors. Yes!

This is a good, solid, entertaining romance, and I also enjoyed the historical info about reform movements in the early 19th century. (This book is part of a multi-author series, but you don’t have to read the others to enjoy this one. I know, because I haven’t.) A great choice for an evening curled up away from the TV. 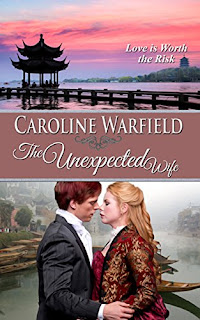 The Unexpected Wife by Caroline Warfield

Caroline Warfield always delivers a good story. I think I’ve read every book she has published and enjoyed them all. Not only are her characters realistic and captivating, but her plots are so gripping that you just have to keep on reading late into the night.

She chooses unusual locations, too, which works for me, as I love to learn something new. This story takes place in China at the time of the First Opium War. Definitely worth a read.

Note: this is the third in a series. It's helpful to read them in order, although not entirely necessary. But they're all good stories, so why not? 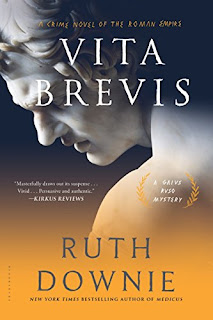 Back to mysteries, my favorite genre, and one of my favorite time periods, Ancient Rome. Vita Brevis is several books into the Gaius Petreius Ruso series by Ruth Downie, and although it works fine on its own, I recommend that you read them in order, starting with Medicus (which is only $2.99 for Kindle at the moment.)

Ruso is a doctor with the Roman army in Britain, and he marries a woman from one of the British tribes. Their life together and the trouble they get into in Britain, Gaul, and Rome (so far) make fabulous reads. Generally, I like the ones in Britain best because I know Britain better, but they're all excellent, and in this one Downie paints an all-too-believable picture of life in Ancient Rome. Entire series highly recommended! 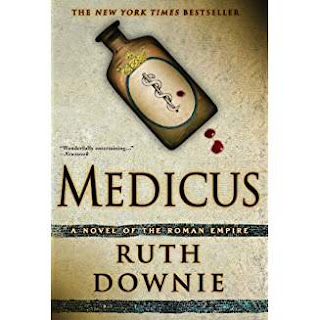 Posted by Barbara Monajem at 2:12 PM